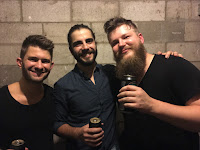 The Root-rocking band, Animal Years performed on November 17th, at Rough Trade NYC. They celebrated their new single, “Give It Up.” and featured their previous single "The Sun Will Rise." in their set enjoyed by my son, Richie, who is now working in New York and went to their gig. He said these guys were on the mark for a new band; we should be seeing a lot more from this ensemble! For a taste of their sound, check out their last video, “Forget What They’re Telling You,” starring Bailey Noble (True Blood) and tune into my show at www.famousHitsLive.com to hear their songs in my current playlist. They sure have some great publicists, other bands should watch how these guys climb the ladder of success. I can hear them from here! Animal Years in New York City... 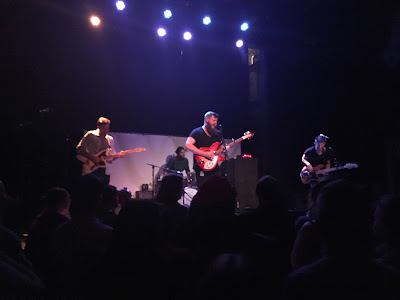 Posted by Richard Varrasso Speaks! at 7:08 PM No comments:

DO NOT LOAD WINDOWS 10

Every time I give MicroSoft a chance, I hate them even more! DO NOT load MS v10 even if they give it for free. My desktop (fairly new) couldn't handle it, had to call them 3 times, finally went backwards to 8.1 and it's still messed up. The new IE "edge" sucks, I don't like it and it holds your machine hostage and won't let you download Firefox or Chrome. I HATE MicroSoft, their shit has never worked right since the very beginning ( which I was there from the start). They need to get it right after all the money they soaked us all these years. DO NOT LOAD WINDOWS 10 !!!
Posted by Richard Varrasso Speaks! at 1:53 PM No comments:


Our slogan is “We Sell Sounds Not Records,” says D7 general manager Richard Varrasso, a veteran of the entertainment industry. “With a mix of good artists and great radio we can get the music straight to the people.”


D7's next release will feature Eddie Money and Vince Gill singing a country version of “Two Tickets To Paradise”.

For more information, go to www.d7sounds.com 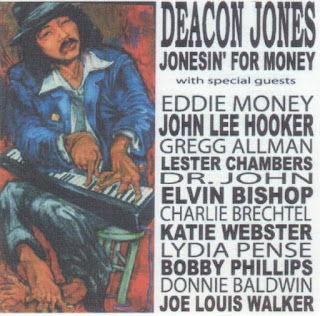 Posted by Richard Varrasso Speaks! at 1:27 PM No comments: 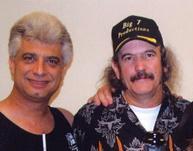 Posted by Richard Varrasso Speaks! at 7:58 PM No comments: