We organize a gold panning camp including overnight stays, sing around the camp fire, great outdoor meals, and a day full of panning for your fortune in gold!
Run by Nugget Nick and Sausy Sophia, you’ll be finding gold flakes in no time!​

For over 25 years Calavares River Quarry has been know for its gold ore, large tailings and prime river rock gravel. Now offered as an exciting variety of gold mining adventures and river side camping. We will share the real secrets of successful prospecting. The gold is in the river, panners have taken out ounces of gold from the one hole at our Gold Panning Camp.
Whether you are a family looking for a fun and interesting way to spend a few days on your way to Yosemite, a real adventurer, seeking the true secrets to successful prospecting, or a group organize, planning your next tour. we have the right place for you.
Be our guest, come to Jenny Lind, live the dream and take home some gold.

This old mining town, located on the banks of the Calaveras River, started out as a rich camp back in the early 1850’s. The river received its name from Gabriel Moraga who visited the region in 1806. Believed to be the first white man to enter what is now Calaveras County, he found many skulls along the banks of the river below San Andreas, prompting him to call it Calaveras, meaning “skulls” in Spanish. The river was rich and was widely worked during the Gold Rush. Placering, hydraulic mining, and dredging all took place in this area.      Within a year the population of the camp was well over four hundred, a large number of the miners being Mexican and Chinese. The town had four general stores, two billiard halls, a bowling alley, smithy, post office, two hotels

, saloons, churches and many homes. Being on the main road from Stockton, it was also an important freighting center for the area.      Several accounts of how the town was named exist, but no one really knows which one is true. Did the famous Swedish singer, Jenny Lind, really tour California during her American visit? (No) The “Swedish Nightingale,” Jenny Lind, did tour the eastern cities in 1850-1852, managed by the great P. T. Barnum. Her tour created a furor of excitement throughout America and her name became famous across the country. The camp was most likely named in her honor, even though she never set foot in California.      Jenny Lind is located twelve miles south of Valley Springs via Hwy 26

We have the best gold panning spot in the California motherlode.
Years of gold mining on this private property has proved the location is prime and there is still "gold in them hills" Contact us for your special trip into the past of the 49er's and come out with a vial of gold dust and hand bag of memories! 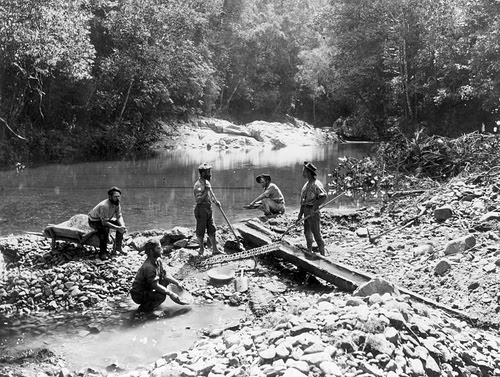 Posted by Richard Varrasso Speaks! at 1:34 PM No comments:

Tae Kwon Do is good for FELIX!

My son, Felix, has been taking Tae Kwon Do from Grand Master Park since before Halloween. The other night I came in early to pick Felix up but just in time to see him perform before the Grand Master. I was so touched; he has shown marked improvements in posture and attitude in only a few months. Until now he thought it was all fun and games but it has also become work and concentration- something his Dad readily endorses! Felix is now writing his own Italian cookbook for kids and we started a kickstarter program to produce a video. His self esteem is amazing and I'm looking for it to transfer into better academics, too! I think it is a great program for kids and I like the principles behind it. My good friend Mike in Sonora told me to seek this guy out, for he was truly the Grand Master !!! Rich Varrasso
www.varrasso.com 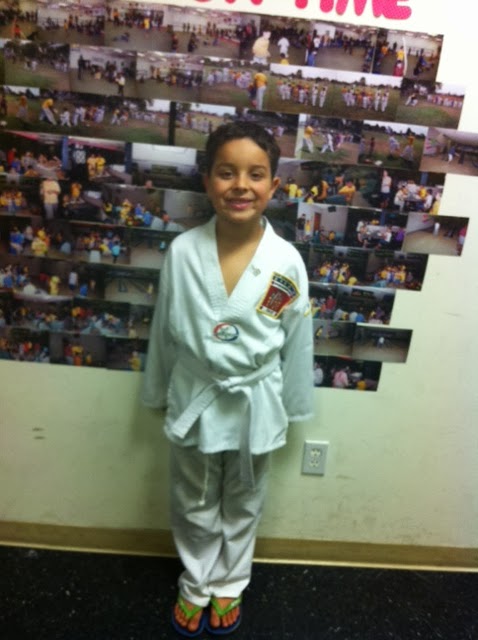 Posted by Richard Varrasso Speaks! at 11:49 AM No comments:

My son Felix has just launched his first campaign with kickstarter.com to fund his production for making a pilot tv video based on cooking for kids. You can get to his special website page by finding the link on varrasso.com home page. I am so proud of him! He is a big ham and a great cook. Check him out! 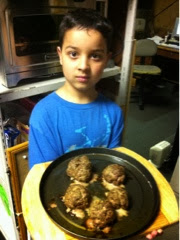 Posted by Richard Varrasso Speaks! at 2:46 PM No comments:

It is to all our dismay that Cisco, long time president of the Oakland Hells Angels, has passed away.
The viewing will be at CP Bannon’s in Oakland on Friday, February 21st 6 to 8pm.
The funeral will then take place at the clubhouse Saturday morning starting at 10am.
In lieu of flowers, you can make a donation to the “Oakland Hells Angels”
sent directly to the club at 4019 Foothill Blvd. Oakland. CA 94601
Also, please help by signing the petition on change.org to allow visas for off shore friends and family to gain Visas to attend the funeral.
Here is the link:  Petition to allow Visas 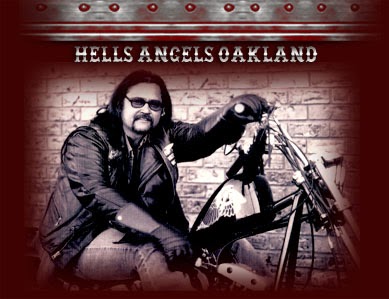 Posted by Richard Varrasso Speaks! at 6:00 PM No comments: